The Spanish and Portuguese professional soccer leagues have filed a legal challenge with the European Commission over FIFA’s decision to ban the third-party ownership（TPO）of players.

LOS ANGELES — Heading into the all-important summer moviegoing season, two converging box-office trends are startling studios: Women are driving ticket sales to a degree rarely, if ever, seen before, while young men — long Hollywood’s most coveted audience — are relatively AWOL.

With the release of “The Divergent Series: Insurgent” over the weekend, women have delivered the three biggest live-action openings of the year. The audience for “Insurgent,” which took in an estimated $54 million from Friday to Sunday, was 60 percent female. The opening-weekend crowd for “Fifty Shades of Grey” was 67 percent female, and women made up 66 percent of the audience for “Cinderella.”

A kangaroo is on the loose in frigid and snowy Austria, hopping his way toward dispelling a famous slogan.

People who drink four to six cups of coffee daily may be less likely to get multiple sclerosis, according to international research out Thursday.

A 25-year-old American man was rescued by the U.S. Coast Guard after he tried to walk from Detroit to Canada across a frozen lake, officials said on Friday.

Ayesha - a false name to protect her identity - told BBC Newsnight she was taught to see the UK as "our enemy".

Cardinal George Pell, who was hand-picked by Pope Francis to cut outlays and shed light on the Vatican’s murky finances, has been accused of spending half a million euros in six months by flying business class and using large sums on salaries and office furniture.

China’s Wanda Group has agreed to buy Infront -- the Swiss sports marketing group headed by Sepp Blatter’s nephew and which holds some broadcasting rights to the World Cup -- for 1.05 billion euros, the two firms said Tuesday.

How well do you know New York City? It’s not just talking Grand Central and the Brooklyn Bridge. Do you know where Jackie O lived and how to reach the Bronx Zoo by subway? Do you know the difference between Peter Minuit and Peter Stuyvesant?

The world’s oldest person says 117 years doesn’t seem like such a long time.

magine walking through a far-flung island of forest and stumbling across a bright, pink lake. Or quietly rowing your boat through a sea of floating lotus flowers that expand as far as the eye can see. Dreamy? Yes, but also completely possible if you consider a visit to one of the world's strangest lakes.

Because lakes are mostly contained ecosystems, they have the uncanny ability to evolve in ways you might expect to come from the imagination of Dr. Seuss. Like Spotted Lake in Canada, which is considered one of the most bizarre natural wonders in the world, transmogrifying from an average-looking alpine lake into a field of gigantic green polka dots every summer.

Mice fed a diet high in sodium had increased immune cell activity in their skin that helped ward off infection.

Russia has dropped the minimum price of vodka by 16 percent in an attempt to ward off a rise in moonshine consumption, spurred on by the falling ruble and contracting economy.

Seattle police searched for a vandal who hurled an egg at a woman standing outside a local bar, striking her in the head and knocking her unconscious in an apparently random drive-by attack, officials said.

Upset by a delayed flight, at least two Chinese passengers decided to open emergency exit doors in protest as the plane was taxiing, forcing it to abort takeoff and landing them in jail instead, police said Sunday.

Thai health officials Thursday said teenagers who are too embarrassed to choose condoms that fit are partly to blame for a recent spike in sexually transmitted infections (STIs) among their peers.

Sierra Leone’s vice president has put himself in quarantine following the death from Ebola of one of his security guards. Vice President Samuel Sam-Sumana voluntarily decided to quarantine himself for 21 days following the death from Ebola last Tuesday of one of his security personnel, according to a report issued Saturday by the Sierra Leone Broadcasting Corporation.

Wanted by police in Kentucky: A fair-haired snow queen who’s not bothered by the extreme cold and who cops suspect is wreaking havoc on the weather. 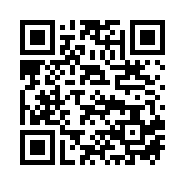