We all know that getting too little sleep is bad. You feel tired, you may be irritable, and it can contribute to obesity, high blood pressure, diabetes, and heart disease, doctors say. But too much sleep? You don’t often hear people complaining about it.

A Maine woman’s unusual method of finding a kidney donor has paid off.

Egg McMuffin lovers, take note： 24-hour access to McDonald’s breakfast could be a thing of the （near） future.

The right to be casual and the veneration of a laid-back approach to life are prized in few cultures as much as they are in Australia.

The Russian parliament will consider barring athletes from competing in more than two Olympics in a bid to keep older, injury-prone athletes from denying places to younger competitors.

A Los Angeles-bound Alaska Airlines flight made an emergency landing at a Seattle-area airport on Monday afternoon after it took off with a worker trapped in a cargo area under the cabin where he had fallen asleep.

The northern Dutch town of Purmerend has advised residents to arm themselves with an umbrella when going out at night after a mysterious spate of bloody rogue owl attacks.

Three French tourists in their early twenties have been arrested by Cambodian authorities for taking nude photos of each other inside the country’s famed Angkor temple complex, officials said Friday.

Jessica and her boyfriend Tyler were sitting on the sofa watching TV in the living room when suddenly they noticed a big cockroach crawling on the wall. Upon seeing that creepy insect, Jessica couldn't help but scream out loud. However, at the same time, Tyler screamed even louder and Jessica was stunned to see that Tyler had already jumped onto the sofa and was shaking like a leaf.
Jessica didn't know whether to laugh or to cry in this situation. She told Tyler that if he was a man, he would kill the roach. Tyler said he was a man but was afraid to get near the insect. Jessica then hit the cockroach with a slipper and broke up with Tyler as well.

HG Wells was a writer known as the father of science fiction. He was born Herbert George Wells in Bromley, England, in 1866. He grew up in a fairly ordinary English household with two brothers. Wells was in poor health as a child, and he nearly died when he was seven. As he recovered in bed, Wells discovered a love for reading. He wanted to be a writer more than anything else.
Wells did not begin his career as a writer, however. His family had run out of money, and he had to work as an assistant to a goods vendor. He hated the job, and eventually he quit. He became a teacher instead, and then studied at the Normal School of Science. He published his first short story when he was at university. This story was about time travel, which would also be his first big success.

Not Your Average Bear

National Park Service researchers recorded ambient sound from all over the country to find out where there’s still stillness.

On April 12, 1912, the RMS Titanic left Southhampton, England for New York City carrying 2,224 passengers and crew. At the time, the Titanic was the biggest ship to ever set sail. People around the world were amazed at the ship’s size and the engineering feat it took to get 52,310 tons of steel to sail across the Atlantic Ocean.

Russian model Alisa Krylova canceled her order for the latest Mercedes, spent New Year in Moscow rather than skiing in the Alps and now employs Russian staff rather than foreigners.

Argentina is a large South American country with a lot of variety regarding its history, people, culture, and geography. The Spanish first landed there in 1502, with Spain taking control of it and sending people there about a decade later. Later, Argentinians fought a war against Spain between 1810 and 1818, resulting in Argentina’s independence. However, not long after that, the country went through a long civil war that lasted until 1861. This was followed by a period of rapid population and economic growth. In fact, Argentina was one of the 15 richest countries in the world at one time.
Today, Argentina is a democratic country known for its cultural attractions. An example of this is the tango, which is both a style of music and a type of dance. In addition, the capital, Buenos Aires, is famous as a center for theater. The country has some amazing places to visit as well, including Iguazu National Park and Patagonia.

Wild Trampoline Attraction Brings People Back to Old Mine

Opened in 2014, an attraction called Bounce Below offers amusement for visitors, who can bounce around on three levels of trampolines. For a little more than NT$1,000, people are allowed to spend an hour jumping around on the trampolines. They can also travel down tubes that connect the trampolines in a manner somewhat similar to using the slides at a water park. The tallest trampoline is 55 meters above the bottom of a cavern. Flashing LED lights add to the enjoyment and decorate the old slate mine in a variety of colors. Visitors who have tried it describe Bounce Below as a great, but tiring experience. It is interesting to wonder what those who worked in the mine in Victorian England would have thought of Bounce Below.

North Korea’s government says it has launched an online shopping website. The state-run site, called Okryu, offers a range of products including food and medicines, according to official news agency KCNA.

Police in South Korea say a man who was jailed for theft a decade ago had plastic surgery to obscure his identity and embark on a nine-month robbery spree beginning last April that netted cash and goods worth more than $479,000. 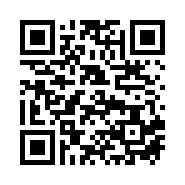