All-digital libraries have been on college campuses for years. But the county, which runs no other libraries, made history when it decided to open BiblioTech. It is the first bookless public library system in the U.S., according to information gathered by the American Library Association. Similar proposals in other communities have been met with doubts. Nearly a decade earlier in Arizona, the Tucson-Pima library system opened an all-digital branch, but residents who said they wanted books ultimately got their way.

Graham toured BiblioTech last fall and is pushing Charleston leaders for a bond measure in 2014 to fund a similar concept, right down to the same hip aesthetic reminiscent of Apple. Usually, however, Apple stores aren't found in parts of town like this. BiblioTech is on San Antonio's economically depressed South Side and shares an old strip mall with a Bexar County government building. On a recent afternoon, one confused couple walked into the library looking for the justice of the peace.

San Antonio is the U.S.' seventh-largest city but ranks 60th in literacy, according to census figures. Back in the early 2000s, community leaders in BiblioTech's neighborhood of low-income apartments and thrift stores railed about not even having a nearby bookstore, said Laura Cole, BiblioTech's project coordinator. A decade later, Cole said, most families in the area still don't have Wi-Fi.

Residents are taking advantage now. The library is on pace to surpass 100,000 visitors in its first year. Finding an open iMac among the four dozen at BiblioTech is often difficult after the nearby high school lets out, and about half of the facility's e-readers are checked out at any given time, each loaded with up to five books.

In the nearly four months since BiblioTech opened, head librarian Ashley Elkholf has yet to lend out one of her pricey tablets and never see it again. The space is also more economical than traditional libraries despite the technology: BiblioTech purchased its 10,000-title digital collection for the same price as physical copies, but the county saved millions on architecture because the building's design didn't need to accommodate printed books. 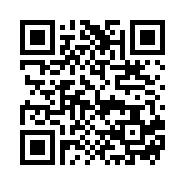