A life-sized replica of the Titanic will become the centerpiece of a landlocked theme park in China, featuring a museum and a shipwreck simulation to give visitors a harrowing sense of the 1912 disaster.

The Chinese version of "the unsinkable ship," with a price tag of 1 billion yuan (approximately NT$5 billion) and an expected opening date in 2016, will be built at least 1,500 kilometers from the nearest ocean in the central province of Sichuan.

Su Shaojun, chief executive of the Seven Star Energy Investment Group that is funding the project, said Asia needs its own Titanic museum. "We think it's worth spreading the spirit of the Titanic. The universal love and sense of responsibility shown during the Titanic shipwreck represent the spiritual richness of human civilization," he told a media conference recently.

The project aims to be more than a museum that replicates the original ship and the 1997 movie that became a global hit. The simulation will allow several hundred people at a time to feel what the shipwreck was like. 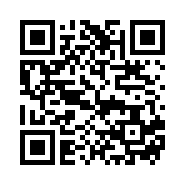