"When the ship hits the iceberg, it will shake, it will tumble," Su said. "We will let people experience water coming in by using sound and light effects ... They will think, 'The water will drown me, I must escape with my life.'"

The massive and luxurious Titanic sank on April 15, 1912, during its maiden voyage from the English port of Southampton to New York. More than 1,500 people were killed in the disaster. It was one of the deadliest peacetime maritime disasters in modern history. The wreck of the passenger liner, split in two and gradually disintegrating at a depth of 3,784 meters, remains on the seabed. Since its discovery in 1985, thousands of artifacts have been recovered and displayed at museums around the world.

The 1997 movie, starring Leonardo DiCaprio and Kate Winslet, is the second highest-grossing film on record after Avatar, bringing in nearly US$2.2 billion (approximately NT$66.5 billion) worldwide. Bernard Hill, who played Captain Edward Smith in the movie and flew to Hong Kong to show his support for the Chinese replica, dismissed suggestions that building a theme park based on a tragedy was inappropriate. "It's been approached in a very delicate and a very sensitive way and they're very aware of the extent of the disaster in 1912," he said. "I don't think it will belittle that disaster." Hill said his flight and hotel were paid for but he did not get any extra money for taking part in the media conference.

Construction of the Titanic copy is due to begin early this year. The Romandisea Seven Star International Cultural Tourism Resort will also feature a man-made beach, a "6D" movie theater and replicas of a Venetian church and European castles. 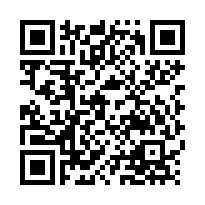