For years, cookbook writer Sally Sampson had wanted to write for children. No one was interested. But by 2010, the time was right. Concern was growing around the world over child obesity rates. At the same time, awareness was increasing about the importance of cooking and eating real foods, not just for children but for whole families. Sampson seized the moment, launching ChopChop — a cooking magazine for children.

And in the three years since, she has transformed a simple idea — that getting children cooking is good for them — into an award-winning U.S. magazine that reaches about 2 million families. The concept is simple — the magazine shows real children eating real food that they can cook themselves. The recipes are nutritious and inexpensive. Most copies of the magazine are given to children by doctors after health checkups.

"We teach simple dishes," Sampson said, noting that her target audience is 5- to 12-year-olds. The idea is that children who know how to cook will not have to rely on fast food. Since its launch, ChopChop has received huge praise. Renowned doctors sit on its board of directors. And in May, the James Beard Foundation named ChopChop "publication of the year."

"This is so helpful for kids," said Barry Zuckerman, a doctor and professor at Boston University School of Medicine and a member of Sampson's board of directors. Zuckerman says that 20 years ago he saw maybe two obese children a week. Today, he sees two to four a day. For this reason, Zuckerman immediately liked Sampson's idea. "Giving a quick lecture about healthy foods is nice, but when we give ChopChop to kids it really amplifies the message in a way that words don't," he said. 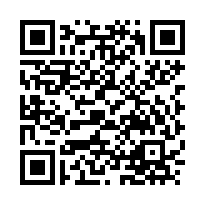