Nothing in Sampson's professional background would suggest that she was concerned about children's health. Many of her cookbooks featured things like ice cream, cookies and burgers. But her views were formed while she was caring for her daughter, who was ill through much of her childhood. (Her daughter, now 20, is fine, Sampson said.)

Her "ah-ha" moment came seven years ago, when she read a newspaper article by Harvard doctor and medical school professor Donald Berwick that criticized the U.S.' medical system. "It was like I was reading for the first time about somebody who cared about what I cared about," Sampson said. "I wrote an email to him and said, 'If I could work for you, I would never write another cookbook again.'"

Berwick wrote back. After doing some health-related work, Sampson began approaching doctors about her cooking magazine idea. The enthusiasm was strong. She received more than 140 requests from doctors for the as-yet unpublished magazine. She began raising money, collecting enough from companies and children's hospitals to print 150,000 copies of her first issue.

After that first issue, Sampson explained, requests poured in from afterschool programs, youth groups, health clinics and other organizations, and the magazine has gone from strength to strength. Sure, Sampson would like to see every family cooking together. But her immediate goals are more straightforward: She wants "to make cooking cool" and to give children the skills to stay healthy throughout their lives. 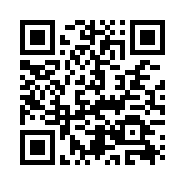