The second of three Chinese films in competition in Berlin, Blind Massage (推拿) featuring a cast made up in part of amateur blind actors, captured a Silver Bear prize for outstanding artistic contribution for cinematographer Zeng Jian (曾劍).

Best screenplay went to the German siblings Dietrich and Anna Brueggemann for their wrenching drama Stations of the Cross about a teenager who makes the ultimate sacrifice for her fundamentalist Catholic family.

A nine-member jury led by US producer James Schamus (Crouching Tiger, Hidden Dragon) handed out the prizes at a theatre in the German capital.

Black Coal, Thin Ice is set in the late 1990s in the frosty reaches of northern China and its murder mystery plot is told through enigmatic flashbacks. Liao said he put on 20kg to play the alcoholic suspended police officer who falls hard for a beautiful murder suspect, played by Taiwanese actress Gwei Lun-mei (桂綸鎂).

“I finally did find the right way to combine a film which has a commercial aspect to it but which is nonetheless art, so that it’s possible to launch it in these terms,” he told reporters after the awards ceremony.

Diao said Chinese films were gaining ground in Western cinemas thanks in part to their exposure at major festivals.

“Every time we take our films abroad it seems that there is an ever greater enthusiasm for Chinese cinema,” he said.

The film has yet to be released in China but a state media report said it had received a government permit for screening with release possible in April or May.

However some Chinese cinemagoers questioned whether political sensitivity might block its release at home, or at least result in deep cuts. China censors films it deems obscene or politically touchy.

“The sensitivity of the theme and content of the film is high, so I don’t know whether it can be shown in China,” said a microblog posting under the name Jiade Changle.

US movie news Web site Indiewire noted that buzz about the picture had been strong before its screening “on the possibility of the film becoming that whitest of whales: a crossover Chinese-language international hit.” 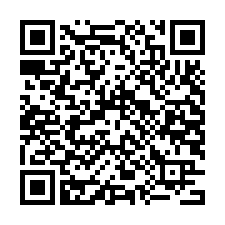