Entertainer of the Year

In July of this year, a South Korean singer called Psy released a song called "Gangnam Style." Sung primarily in Korean, few people, if anyone, could have anticipated what would happen next. The video for "Gangnam Style" went on to become the biggest cultural phenomenon of the year, garnering over 1 billion hits on YouTube. However, Psy's importance goes beyond the success of his song. He is a symbol of the emergence of a truly global culture, where any person from any country can become an international superstar.

Activist of the Year

When people think of true courage, one face comes to the minds of many — that of Malala Yousafzai. The fact that it is the face of a teenage girl makes it all the more remarkable. Yousafzai rose to fame by writing a blog for the BBC about life under the Taliban in Pakistan's Swat valley. Yousafzai promoted education for girls and for this "crime," Taliban gunmen shot her in the head on her school bus. Miraculously, she survived. And if the Taliban hoped that the shooting would end her campaign, they were wrong. The issue of education for girls received global attention because of Yousafzai's incredible bravery. 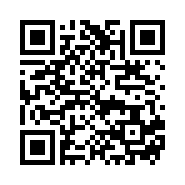