The 64th Berlin film festival wrapped up Sunday after a resounding triumph for Asian cinema at its gala awards ceremony, including the Golden Bear top prize for a Chinese noir mystery.

“It’s really hard to believe that this dream has come true,” Diao said as he accepted the trophy, fighting back tears.

It was the first Chinese film to win in Berlin since the unconventional love story Tuya De Hunshi (圖雅的婚事, Tuya’s Marriage) by Wang Quan’an (王全安) brought home the gold in 2007.

In a remarkably strong showing for Asian contenders, the Berlinale, Europe’s first major film festival of the year, gave its best actress prize to Japan’s Haru Kuroki for her role as a discreet housemaid in wartime Tokyo in Yoji Yamada’s The Little House.

Yamada, 82, called the film a necessary reminder of war’s horrors for contemporary Japan.

German media reported widespread disappointment that the hot favorite to win the Golden Bear, US filmmaker Richard Linklater for his ambitious coming-of-age tale Boyhood, made over 12 years with the same actors, only claimed best director. But most called the prize for Black Coal, Thin Ice justified in a competition with few real standouts.

“Bai Ri Yan Huo is a brilliant genre variation which knows how to self-confidently update its Western prototypes and put them in new contexts,” news Web site Spiegel Online said.

The film “is a bloody genre piece, a social portrait of the Chinese backwoods and a passionate drama all in one,” it said.

“And it represents Chinese cinema, growing in aesthetic strength that is successfully charting a new path between small films made below the censors’ radar and the bombastic hero epics in a booming domestic market.” 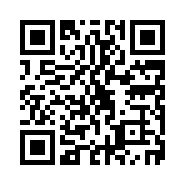