Yonglian, Baohe and Dazhong temples are all located in the vicinity of the area officially known as “Lujhou temple entry commercial community” in New Taipei City’s Lujhou District, which at night transforms into a bustling night market. The nominal commercial district, however, lacks the unique characteristics that would typically draw in tourists. The New Taipei City Government will be guiding local industries this year in using Lujhou’s shenjiang (heavenly generals) culture to develop creative products, hopefully putting the area on par with the market area surrounding Senso-ji — a temple in Japan dedicated to Kannon (Avalokitesvara) — and turning the commercial district into a New Taipei City landmark.

Huang Chin-fu, president of the association, says that since the MRT Luzhou (Lujhou) Line opened it has definitely brought more visitors to the commercial district surrounding the temples. It is a pity that the number of return visits, however, is kept so low because the area has nothing locally that would attract tourists from other areas, Huang says. He also hopes that the century-long history of local shenjiang culture can be used to create a distinguishable imagery and even become part of a cultural symbolism that belongs uniquely to New Taipei City. 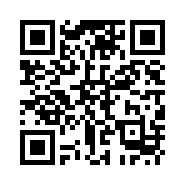