A 55-year-old Japanese university teacher stripped naked on campus in a bid to prove his love for a 21-year-old student, the school said Tuesday, only for his young amour to make off with his clothes.

The older man, who taught computer sciences at Tokyo’s Taisho University, was left in the buff after de-robing in public at his live-in lover’s request.

The teacher, who was not named, told officials his girlfriend had ordered him to "take off your clothes right there if you want me to trust you". But after stripping to demonstrate his dependability, his beau -- who was said to be "emotionally unstable" at times -- picked up his clothes and ran off.

"I apologise that what I did, which I did to protect my loved one, resulted in such a situation," the chastened lecturer later told his students.

"The instructor acted to assuage the woman’s insecure feelings but admitted it was an extremely careless thing to do. He expressed his intention to resign," the school said in a statement.

chasten：動詞，懲戒、磨練。例句：He was chastened by the defeat and determined to work harder.（失敗磨練了他，他決心更加努力地工作。） 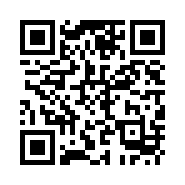