Today, receiving an email seems mundane, but in the 1990s it was a real thrill. The same goes for ICQ and MSN Messenger. These instant messaging programs were once the coolest ways to chat with your friends. In 1999, if you said "instant messaging" people straight away thought "ICQ" — but most kids today have probably never even heard of it. It is still around, but not very popular. MSN Messenger, on the other hand, has disappeared completely as Microsoft decided to replace it with Skype.

In the ever-changing world of the Internet, it seems that nothing can stay cool forever. Or can it?

Facebook started out as a super-exclusive site for Harvard students. These days, 665 million people access it every day. But will it always be as cool as it is now? Some say it has already started to go downhill.

A U.S. survey found that 61 percent of users have taken a break from Facebook at some point. Some said they were simply "bored," while some said there was "too much gossip" on the site. "When I first got Facebook, I thought it was the coolest thing," said Rachel Fernandez, 18. "But now Facebook has gotten kind of boring."

One of the most obvious challenges it's facing is competition. As the originator of the social media craze, Facebook used to be the only game in town. Today, there are dozens of websites and apps that can connect you with friends. For photos, you've got Instagram. For short messages, log in to Twitter. Want to chat with a friend? Use Line. Fancy an alternative to Facebook? Sign up for Google+.

Another issue that Facebook has been struggling with is its messy layout. Look at your News Feed. There is too much information and too little order. An important post about the health of a close friend will probably get lost among pictures of what people you barely know ate for dinner.

Facebook understands this and is changing. It is currently promising users a "fresh new look for your News Feed." Facebook says the new layout will give you more control over what news you see.

And its rivals? If the people who run Facebook see a new app or site they think could be a threat, they might try to buy it. Remember we mentioned Instagram as a competitor? That should be "was" a competitor. Facebook paid US$1 billion (approximately NT$30 billion) to purchase it.

Nobody can tell what is going to be cool a decade from now — maybe in 2023 kids will know as little about Facebook as kids today know about ICQ. But for now, at least, Facebook remains an essential tool for many of us. 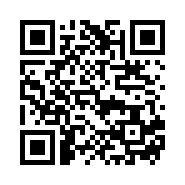