The music industry has gone through unprecedented changes since the invention of the Internet. In the past, succeeding in pop music often meant following a strict formula dictated by record companies, radio and TV stations, and music moguls. Album sales were once the sole judge of success and pop stars would have to fit within certain criteria to earn the opportunity to sing on TV or have their singles played on the all-powerful radio stations.

It is true that some stars still achieve fame and wealth by following traditional approaches. However, a growing number of artists are realizing that something else is needed if they want to become true superstars in the modern age. Nowadays, earning hits on YouTube is far more important than having your song played on the radio. And album sales? They're old news. Every year, the number of people who choose to buy their music through online sources such as iTunes grows.

As the world of music changes, stars have to change with it. Today, the world's most popular singers and musicians realize that there is no set formula for success. To get noticed, stars need to speak to people directly on Facebook and Twitter, and they need to be themselves.

The evidence of this is everywhere, and is most apparent by looking at the leading ladies of pop. On the outside, Lady Gaga, Adele and Taylor Swift may seem to have very little in common. They are each known for different styles of music and the divergent ways in which they promote themselves. However, a closer look reveals that they have each embraced their own individual appeal and, by doing so, found superstardom.

British singer Adele is an oddity in the modern music world. Rather than embracing the age of information, where every detail of a celebrity's life is put in the public domain, Adele has allowed her music to do the talking.

Adele was arguably the most successful pop star of 2012, despite the fact that she didn't tour or release a new album. For the second year in a row, the British singer's "21" was the biggest-selling album of the year in the U.S. — something that would have been unthinkable in the past.

In 2012, the British star took most of the year off to have her first baby, and in this she diverged from the celebrity standard again. Unlike traditional pop stars who have often promoted the birth of a child — see Jay-Z, who released a song about Beyonce's pregnancy that featured the cries of his newborn — Adele has been mum about her baby since the infant's arrival in October of last year. She and boyfriend Simon Konecki never announced the birth, and haven't revealed the baby's name.

Even when Adele flew into Los Angeles to perform her award-nominated song "Skyfall" at the Golden Globes, she tried her best to keep her baby away from the press. Adele has shown that pop stars can still become huge successes, even if they wish to stay out of the spotlight. 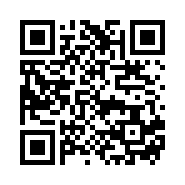