Texas library offers a glimpse of the future

Texas has seen the future of the public library, and it looks a lot like an Apple Store: Rows of glossy iMacs beckon, iPads mounted on a tangerine-colored bar invite readers, and hundreds of other tablets stand ready for checkout to anyone with a borrowing card.

Even the librarians imitate Apple's dress code, wearing matching shirts and that standard-bearer of geek-chic, the hoodie. But this US$2.3 million (approximately NT$69 million) library might be most notable for what it does not have — any actual books. That makes Bexar County's BiblioTech the U.S.' only bookless public library, a distinction that has attracted scores of digital bookworms, plus emissaries from as far away as Hong Kong who want to learn about the idea and possibly take it home.

"I told our people that you need to take a look at this. This is the future," said Mary Graham, vice president of South Carolina's Charleston Metro Chamber of Commerce. "If you're going to be building new library facilities, this is what you need to be doing."

All-digital libraries have been on college campuses for years. But the county, which runs no other libraries, made history when it decided to open BiblioTech. It is the first bookless public library system in the U.S., according to information gathered by the American Library Association. Similar proposals in other communities have been met with doubts. Nearly a decade earlier in Arizona, the Tucson-Pima library system opened an all-digital branch, but residents who said they wanted books ultimately got their way. 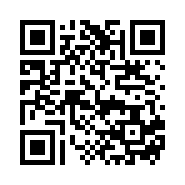