TAIPEI--Three athletes will represent Taiwan at the Sochi Winter Olympics set to open at midnight Saturday (local time), the largest delegation Taiwan has ever sent to the Winter Olympics.

The athletes are Sung Ching-yang, Lien Te-an and Mackenzie Blackburn — a Taiwanese-Canadian — who will compete in speed skating, luge and short track, respectively, according to the game's website.

Sung is considered to have a good chance of winning a medal, as he clinched bronze in speed skating in the Winter Universiade in Italy last year.

Sports Administration Director-General Ho Jow-fei said there is a level of difficulty for Taiwan, located in a subtropical area, to develop winter sports.

A total of 89 events in 15 sports will be represented in the Sochi Winter Olympics, which will run through Feb. 23, with 65 world leaders expected to attend the event's opening ceremony. 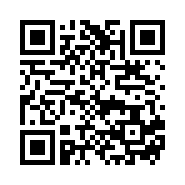