One of the more touching things in Imitation Game is the moment when Turing tells Joan Clarke that he’s named the computer he’s working on “Christopher” (after Turing’s first love—Joan doesn’t know that part, though). The real machine was called the Bombe (or “Victory”). “That was my invention,” Moore says. The idea is based on the belief held by Turing’s biographer Hodges and many other historians that Turing’s fascination with computers and artificial intelligence came from their friendship, which ended early when Morcom died at age 18 from tuberculosis. “Turing wrote extensively about whether or not this technology could be used to keep a person’s mind alive,” Moore says “I think his entire lifelong pursuit of artificial intelligence was all about bringing Christopher back. Naming the machine Christopher was a dramatic way for us to show that very real lifelong obsession.”

Nearly a third of The Imitation Game takes place at the decryption facility at Bletchley Park, where Turing, Joan Clarke (Keira Knightly), and their fellow code-breakers worked tirelessly to decipher the German military’s Enigma code. Most of the scenes set at Bletchley were shot on soundstages—and surprisingly, the ones that weren’t were the ones filmed at the bar where Turing and his colleagues drank and socialized. “The beer hut was one of the most difficult locations, we struggled with that. And that’s the one we ended up shooting in Bletchley Park,” says production designer Maria Djurkovic. “We felt it was right to shoot something there.”

Like many boys in Britain in the early 20th century, Turing went to boarding school, and the scenes from his days at Sherborne School were shot on location, a place that haunted Moore just a little bit. “You’re walking down the halls and you see all the class portraits of the kids going back to the 1920s and you see Alan Turing and you see Christopher Morcom,” he says. “I remember looking at that and being very spooked.”

Since so much of Turing’s work with British intelligence and MI6 was kept secret, Moore went hunting for details about what Turing did and what influence he had in the organization—with some surprising results. “The best evidence we have as to Alan Turing’s work with MI6 after they’d broken the code actually comes from the diary of Ian Fleming, which is so bizarre,” Moore says.

“The goal was to tell Alan’s story fairly and responsibly and accurately,” Moore says. “That meant that we sometimes had to dramatize things—or to take things that happened over a period of months and make them into a scene.” That also meant that multiple people, and the things they did, were condensed into a single person. “For example, the character that is called Hugh Alexander, who is played by Matthew Goode, he’s a character that is half Hugh Alexander and half Gordon Welchman, another mathematician on the team,” he says “We had to sort of use little tricks like that. But every major event in the film did occur.”

Nock (Rory Kinnear), the officer who questions Turing in the film, isn’t entirely real. Rather, Moore says, he’s meant to symbolize “the institutionalized homophobia of the day, to show that this wasn’t some raving lunatic who arrested in persecuted Alan Turing.” And, to protect the cop who did interrogate the computer scientist, Moore changed his name. “I made that decision very early on because the real police officer didn’t die all that long ago and he still has family who are alive and I did not want to implicate the real person in that,” he says.

For years computer science circles have hummed withspeculation that the bitten-apple logo on Mac products was a reference to Turing’s death. It’s such an interesting tidbit the filmmakers almost mentioned it in the movie. “We debated putting that in text at the end of the film; that was a lively debate for many months,” Moore says. “The debate was that this was this amazing story that there was this rumor and that Steve Jobs had publicly denied it many times but other people seemed to think it was true. … We would’ve loved for it to be true. But we didn’t have enough evidence to feel comfortable putting that in as text. Personally, I think it might be true, but because we couldn’t prove it, it was ethically tricky.” 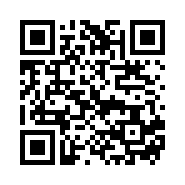