SCREENWRITER GRAHAM MOORE is a self-described Alan Turing obsessive: He went to space camp andcomputer programming camp as a teenager, so the famed mathematician loomed large, “like a campfire legend or something.” Turing’s life ultimately proved so inspirational to Moore that bringing his story to the big screen became a life goal.

“Once I became a writer I would go to my agents once a year and say, ‘Hey, there’s this movie I really want to write about a gay English mathematician who commits suicide after the Second World War,'” Moore remembers. “And they were like, ‘That’s a big Hollywood movie!’ … No, they did not say that at all. They were like, ‘Please don’t ever write that; no one will ever finance that movie.'”

Nevertheless, when producers Nora Grossman and Ido Ostrowsky got the rights to Andrew Hodges’ Turing biography Alan Turing: The Enigma, Moore signed up to write the script—for free. And while he was writing, he was aware that he wanted the screenplay for The Imitation Game, which hits theaters today, to do Turing justice. “There’s this responsibility to do it properly and to do it with respect,” Moore says. “Historical accuracy was tremendously important to us.”

That accuracy wasn’t that easy to come by, however; most of the records of Turing’s work for British intelligence during World War II were destroyed. Following the war, nearly every trace of Bletchley Park’s day-to-day operations—where Turing (played by Benedict Cumberbatch in the film) and his fellow code-breakers were working on cracking Germany’s Enigma code—was either erased from history or kept extremely confidential. (It’s one of history’s awful ironies that the general public found out Turing was gay, by way of an indecency trial brought by British authorities, long before they found out he was largely responsible for outsmarting the Nazis.)

“Everybody at Bletchley kept the secret,” Moore notes. “Then, when Turing was on trial for indecency, he never raised his hand and said, ‘Oh, and by the way I’m a war hero.’ Instead what he did was raise his hand and say, ‘I’m not going to dispute the facts, but I’m still pleading not guilty because what I did should not be a crime.'”

Of the few other well-known things about Turing is how he died. On June 7, 1954, after undergoing “chemical castration” (estrogen injections) as a way of avoiding prison time for his indecency conviction, he was found dead in his apartment of cyanide poisoning, holding the apple he ate to ingest it. While Moore wrote that scene, and director Morten Tyldum filmed it, it didn’t make the final cut.

“We never wanted to see him commit suicide on screen,” Moore says. “This film was about paying attention to Alan Turing’s tremendous life and his amazing accomplishments. It felt to us more ethical and more responsible to focus on his life and his accomplishments than the nitty-gritty of his suicide.”

And that’s just one of many tough decisions, educated guesses, and historical excavations Moore had to make while penning his brilliant script. Here are a few other things you may not know about The Imitation Game.

One of the most interesting things about the movie is its structure: It jumps back and forth between Turing’s time at Bletchley, the final days before his death, and his childhood—when he met and fell in love with both Christopher Morcom and cryptography. The structure is meant to give a fuller picture of who Turing was and why he did the things he did—if you can piece it together. “Alan Turing was obsessed with codes and puzzles and games,” Moore says. “I wanted the whole movie to be an Imitation Game where the answer to the puzzle was Alan Turing’s mind.” 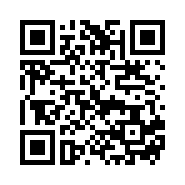