Cuban athletes and artists get in on capitalism

Cuban track and field legend Javier Sotomayor has launched an establishment named for the height of his world record high jump, while salsa star Hugo Morejon has a first-rate automotive repair shop. Armed with money and name recognition, Cuban athletes and artists, who have long enjoyed a far more luxurious lifestyle than their compatriots on the Communist-run island, are embracing the new world of private enterprise. At least a dozen athletes and artists have started private businesses since President Raul Castro began opening Cuba's economy to limited capitalism in 2010.

At Sport-Bar 2.45, patrons relax while perusing memorabilia from Sotomayor's career. The bar is named after the height in meters of Sotomayor's world record high jump, set in 1993. The record stands 20 years later, but Sotomayor now considers himself a businessman. "I feel good about what I am doing now; for me it is a challenge," Sotomayor said.

At the Van Van Garage, gleaming Mercedes and Peugeots overflow into the street outside. The garage, owned by trombone player Hugo Morejon, is a striking departure from most Cuban repair shops, which labor to keep hulking 1950s Chevys on the road using homemade parts. Morejon, a member of Cuba's most famous contemporary salsa group, Los Van Van, doesn't need the money. But he says he's always loved cars and opened the shop after the Cuban government legalized some forms of private enterprise in 2010.

Cubans love their music and sports stars, but they also envy their new cars, grand homes and international travel. Musical stars can sign record contracts abroad, but they must pay the state part of their earnings. Even athletes, who earn tiny salaries by global standards, often get perks such as cars and travel stipends that are out of most Cubans' reach.

It is easy to understand why most people continue to view athletes and artists as part of a jet-setting elite in a country where the average worker earns US$20 (approximately NT$600) a month. "Most people couldn't even dream of opening a bar like Sotomayor's," said Roberto Blanco, a 29-year-old used books seller. "In fact, most people don't even have the money to buy a drink or a pizza at these places." The celebrities shrug off the criticism, saying they are investing money at home and creating much-needed jobs. "I am giving work to three young men and offering a useful service," said Morejon. 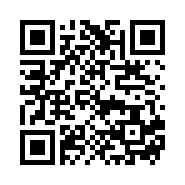