Four-year-old boy is mayor of a Minnesota town

Supporters of the mayor in the tiny Minnesota tourist town of Dorset can stuff the ballot box all they want as he seeks re-election. And he's got the county's top law-enforcement official in his pocket. Say hello to Mayor Robert "Bobby" Tufts. He's 4 years old and not even in school yet.

Bobby was only 3 when he won election last year as mayor of Dorset, population 28. Dorset, which bills itself as the Restaurant Capital of the World, has no formal city government. Every year, the town draws a name during its Taste of Dorset Festival, and the winner gets to be mayor. Anyone can vote as many times as they like — for US$1 (approximately NT$30) a vote — at any of the ballot boxes in stores around town. Bobby is running for a second term, and he gets to draw the winning name Aug. 4, so it's possible he could draw his own name.

Calls of "Mr. Mayor" greet Bobby as he strolls around Dorset, handing out his campaign card. One side shows Bobby wearing his fishing vest over a suit jacket. The other side shows Bobby sitting on a porch swing with his girlfriend, Sophie. "I would love to be your Mayor as much as I love Sophie," the card reads.

Bobby's job as mayor is to greet people as they come to Dorset, located among the pines and lakes of northern Minnesota. Tourism is the main industry, and restaurants ranging from Mexican to Italian to family style line about two blocks on either side of the highway that runs through the middle of town.

On a recent summer morning, Bobby led a group of about 20 children and adults on a walk on the Heartland Trail to raise money for Ronald McDonald House Charities of the Red River Valley in Fargo, North Dakota. He wore his signature black fedora and seemed endlessly energetic. "I think he's a cute little guy and I think a lot of people share the same opinion as me," Hubbard County Sheriff Cory Aukes said. "How often do you see a little kid like that who's camera-friendly? He's got a very good little personality, and he's not afraid to show it. So I think it's great." 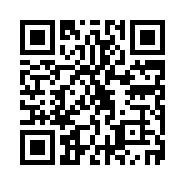