“Hustle,” the stylish crime caper by director David O. Russell, took best musical/comedy film and two acting awards, while the critically acclaimed “Slave” had to make do with the one big prize.

Hollywood turned out in their red-carpet finest for the 71st annual Golden Globes, Tinseltown's biggest honors fest before the Academy Awards in March — and a key indicator as to who could be tipped to take home Oscars.

“The Wolf of Wall Street” star Leonardo DiCaprio and Amy Adams from “Hustle” won the top acting awards in the musical/comedy category.

Blanchett paid tribute to Woody Allen, who also received the Cecil B DeMille award for lifetime achievement at the Globes — accepted on his behalf by Diane Keaton.

“People like me are in his slipstream picking up these heavy things that make biceps look great,” said Blanchett.

There was a near disaster just hours before the show began, when a sprinkler malfunctioned and soaked a large part of the red carpet outside the Beverly Hilton Hotel, but workers quickly mopped up the mess.

In their opening skit, comedy stars Tina Fey and Amy Poehler, hosting the show for the second year, made fun of Clooney — who sacrifices himself to save Bullock's life in “Gravity.”

“It's the story of how George Clooney would rather float away into space and die than spend one more minute with a woman his own age,” said Fey. 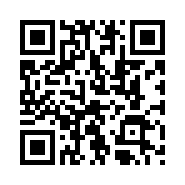