Twelve years after New York's Twin Towers were lost in a horrific terrorist attack, a new building dominates the city's skyline: One World Trade Center. This remarkable 104-story skyscraper, which is scheduled to be completed in early 2014, has already overtaken Taipei 101 as the world's third-tallest building.

Much about this building is designed to inspire people. Though its official name is One World Trade Center, it is often referred to as the "Freedom Tower." In addition, its spire will reach 1,776 feet (541.3 meters), in commemoration of the year of American independence. There are also plans to offer visitors the most inspiring views from the building's unique position at the heart of one of the world's greatest cities.

Plans were recently unveiled to build a breathtaking observation deck on the tower's 102nd floor. But this will be more than simply a chance to see great views of New York City and the surrounding area. One World Trade Center is planning something closer to a theme-park ride that will showcase the building as "the most significant destination in the world," said David Checketts, chairman and CEO of Legends Hospitality, the company that has signed a 15-year lease to operate the observation deck.

Visitors to the observation deck at One World Trade Center will learn about the building's history while they're waiting in line downstairs and watch a video on the tower's 102nd floor before the actual panoramic view of the city is revealed, officials developing the attraction announced.

The view through the tower's sloping windows encompasses all of Manhattan and its surrounding waters plus Brooklyn and New Jersey beyond. The tower overlooks the World Trade Center memorial, where twin reflecting pools evoke the towers lost on Sept. 11, 2001. The observation deck tour will tell a more upbeat story.

Visitors will buy their tickets in the building's lobby, and then take an escalator to the basement to hear a presentation on the construction of the building, featuring the voices of some of the workers, as they wait in line for the elevators. The Port Authority of New York and New Jersey, which owns the building, said the "pre-show" will provide visitors with some "background on the creation of the building."

The elevators to the observation deck will travel more than 1,250 feet (381 meters) in about a minute. Once on the 102nd floor, visitors will watch a video about New York called "See Forever" before a curtain is withdrawn, revealing the actual panoramic view.

There will be restaurants and snack bars on the 101st floor, a gift shop on the 100th floor and more videos on the elevator ride down. The observation deck won't open until 2015, but once it does, it is sure to become one of the biggest tourist draws in the U.S. This remarkable attraction promises to offer the most remarkable man-made views anywhere in the world. 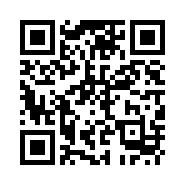