The public debut of the 6-month-old giant panda cub Yuan Zai at Taipei Zoo attracted huge crowds of visitors on Jan. 6 , with nearly 10,000 visited in the first day.

A line began forming hours before the panda house opened at 9:10 a.m. and the long lines remained throughout the morning, with some people jostling and growing impatient.

Inside the area on Jan. 6, the crowd screamed "Yuan Zai," occasionally bursting into laughter or cheers and taking pictures of the cub that has created a big sensation in Taiwan since its birth last July.

The cub, meanwhile, appeared unperturbed by the excitement as it padded around its enclosure, climbed up and down its perch and eventually took a nap after about an hour of activity.

"It's super, super cute!" said a woman from Taichung in central Taiwan, who was visiting the zoo on Jan. 6 with her husband and two children. Masae Amano, a Japanese woman who had queued up from 6:30 a.m., said the cub looked bigger than she had thought.

While the visitors gushed over the cub, its mother Yuan Yuan munched on bamboo leaves. Around noon, the mother tried to wake her sleeping cub, which drew even more excitement among the visitors, some of whom tried to rush back into the panda house despite the staff's efforts to stop them.

The number of tickets issued by the zoo for the panda house was around 1,200. The excitement was reflected in a rush for panda-themed souvenirs such as pens, key rings and stuffed toys at the zoo. "We are too busy to estimate the sales volume so far," a store manager told CNA.

Yuan Zai was born after four years of artificial insemination attempts, using sperm from the only other giant panda at the zoo, Tuan Tuan. The pair of giant pandas was given to Taiwan four years ago by China to symbolize warmer ties between the two sides.

The popularity of giant panda cub Yuan Zai has spawned a wide array of merchandise featuring her image in Taiwan that is expected to generate an estimated NT$500 million in commercial opportunities, the Taipei City government said on Jan. 5.

Manufacturers have introduced several products with likenesses of the furry creature, including smartphone cases, stationery items and baby strollers, according to the city's Department of Economic Development, which began taking applications last month for authorization to use the cub's image. 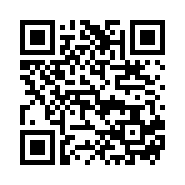