The giant Rubber Duck installation in Keelung suddenly burst on the last day of 2013, marking another chapter to a troubled life that saw the art piece blackened by pollution and at the center of a dispute with the original artist.

A women at the scene told reporters she saw what looked like an eagle strike the Rubber Duck with its talons. Reports said that Keelung City Council Speaker Huang Ching-tai, who is in charge of the event, and the company that manufactured the Rubber Duck were still investigating what caused it to meet its fate just 10 days after going on display. Huang reportedly said that he will not decide what will happen next until after the cause of deflation is determined.

Keelung's Rubber Duck is not the first one to pass on while on display in northern Taiwan. In early November, another near-identical sculpture from the same series burst in Taoyuan County and had to be replaced by yet another Rubber Duck on loan from Kaohsiung in the south.

In the industrial and highly trafficked Keelung Port, the recently deceased duck had endured controversy since it opened to the public Dec. 21, 2013. A dispute over copyrights involving merchandise sold by local vendors erupted even before that, leading Dutch artist and the man behind the Rubber Duck series Florentijn Hofman to decry the Keelung event as a "commercial circus." Hofman, who had enthusiastically attended the premiers in Kaohsiung and Taoyuan, was conspicuously absent from the duck's opening day in Keelung.

Jerry Fan, the former planner of the Rubber Duck display in Keelung, recently stopped selling unauthorized rubber duck products and invited Hofman to come to the closing ceremony exhibition after a trade of words with the artist.

"Both Christmas Eve and the Rubber Duck represent happiness and peace. Therefore, today is the best day to make peace with Hofman and wish him a merry Christmas," said Fan during a press conference on Dec. 24. "The goal of the Rubber Duck project is to bring happiness rather than dispute."

As for the unauthorized Rubber Duck-related merchandise, Fan explained that they never said those commodities had Hofman's authorization. Hofman's team may have some misunderstandings over this issue, stated Fan. In addition, Fan pointed out his commodities had been authorized by the Intellectual Property Office, Ministry of Economic Affairs, so there should be no copyright issue in the first place.

Even before it exploded, the duck was noticeably blackened by pollution from ships passing through the industrial area, leaving organizers scratching their heads for several days as to how to clean it. The Rubber Duck, which has been expected to bring millions of visitors to the port city, was scheduled to be on display through Feb. 28. 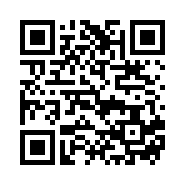