The death of an intern working at the London offices of Bank of America Merrill Lynch has prompted calls for financial firms to take more responsibility for the ambitious graduates who push themselves to the limit to secure jobs at the world's top banks.

Attracted to the glass towers of finance in London, New York, Hong Kong and Singapore by the prospect of securing a full-time job and a hefty salary, interns often face 20-hour days. Weekends at work are standard, with anecdotal reports of the "magic roundabout," where interns get a taxi home after dawn and leave it waiting while they have a quick shower and then return to work.

But serious concerns were raised after the recent death of Moritz Erhardt, 21, who was found dead at his London accommodations towards the end of a seven-week internship. The German intern allegedly worked for 72 hours without sleep in Bank of America's investment banking division.

Following the incident, some politicians and an intern campaign group condemned the workload on interns. But interns doubted it would possible to change the culture, saying they were never explicitly told to work such long hours but imposed this on themselves in their desperation for a job. 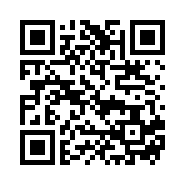