Cancer is the second-leading cause of death in Argentina, after heart disease, and the country's cancer mortality rate is the third highest in Latin America. Staying optimistic is known to increase the odds of survival, and appearance can have an outsized impact. Thus the program's theme, "Hope is beautiful."

Daiana Castro, a 23-year-old hairstylist with ovarian cancer, was traumatized at first. "I had red hair, beautiful and long, and when it fell out I didn't leave the house for a week." Then she sought out one of the classes at Hospital San Martin. "If you have makeup on, you feel better," Castro said. Makeup tips include techniques for covering extremely dark circles, drawing on eyebrows where none remain, and wrapping headscarves so they won't slip off smooth skin.

Psychiatric oncologist Gabriela Ozco says the program is a key part of holistic treatments. "At first, they (cancer patients) don't want to look in the mirror," she said. "It's one of the first symptoms that we've noticed. And the fact is that in such workshops one of the first things they do is get them looking in the mirror. So they are faced with, 'This is who I am,' and from there on it's all about recovering from this disease." 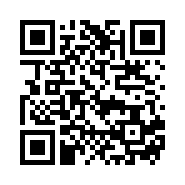