The decline in fitness seems to be leveling off in Europe, Australia and New Zealand, and perhaps in the last few years in North America. However, it continues to fall in China. About 20 million of the 25 million children in the studies were from Asia.

In China, annual fitness test data show the country's students have been getting slower and fatter over the past couple of decades. Experts and educators blame an obsession with academic testing scores for China's competitive college admissions, as well as the popularity of indoor activities like gaming and Web surfing, for the decline. Data from China's Education Ministry show that in 2010 male college students ran 1,000 meters 14 to 15 seconds slower on average than male students did a decade earlier. Female students slowed by about 12 seconds in an 800-meter run.

Tomkinson and Daniels said obesity likely plays a role, since it makes it harder to run or do any exercise. Too much time watching television and playing video games and unsafe neighborhoods with not enough options for outdoor play also may play a role, they said.

Other research discussed global declines in activity. Fitness is "pretty poor in adults and even worse in young people," especially in the U.S. and eastern Europe, said Dr. Ulf Ekelund of the Norwegian School of Sport Sciences in Oslo, Norway.World Health Organization numbers suggest that 80 percent of young people globally may not be getting enough exercise. 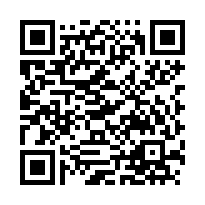