Onlookers at a train station in northern India watched in awe a monkey using all his powers to bring back to life another monkey who was electrocuted and fell unconscious on the rail tracks.

Berlin’s potential 2024 Olympic bid could be the wrong financial decision with the city deep in debt and lacking the infrastructure to host such a global event, the German Institute for Economic Research （DIW） said on Wednesday.

An unmanned Delta 2 rocket lifted off from California on Saturday carrying a NASA satellite to measure how much water is in Earth’s soil, information that will help weather forecasting and tracking of global climate change.

Without reforms, the world will be plunged into a water crisis, the United Nations warned.

From charging slaughterhouse workers for their knives to compensating staff with tanning salon vouchers, German employers are coming up with creative ways to avoid paying a new minimum wage, angering unions.

Dickens’ desk saved for public display thanks to grant 多虧了補助金，狄更斯的桌子被救回公開展覽

The desk where Charles Dickens wrote Great Expectations is finally on public display thanks to a £780,000 grant.

The president and CEO of The Associated Press called for changes to international laws that would make it a war crime to kill journalists or take them hostage.

Boston’s St.Patrick’s Day parade has made history as two gay and lesbian groups were welcomed by the organizers after decades of opposition.

UK intelligence needs to do more to recruit middle-aged women and mothers to be spies, using websites like Mumsnet, according to senior MPs.

One of the more touching things in Imitation Game is the moment when Turing tells Joan Clarke that he’s named the computer he’s working on “Christopher” (after Turing’s first love—Joan doesn’t know that part, though). The real machine was called the Bombe (or “Victory”). “That was my invention,” Moore says. The idea is based on the belief held by Turing’s biographer Hodges and many other historians that Turing’s fascination with computers and artificial intelligence came from their friendship, which ended early when Morcom died at age 18 from tuberculosis. “Turing wrote extensively about whether or not this technology could be used to keep a person’s mind alive,” Moore says “I think his entire lifelong pursuit of artificial intelligence was all about bringing Christopher back. Naming the machine Christopher was a dramatic way for us to show that very real lifelong obsession.”

SCREENWRITER GRAHAM MOORE is a self-described Alan Turing obsessive: He went to space camp andcomputer programming camp as a teenager, so the famed mathematician loomed large, “like a campfire legend or something.” Turing’s life ultimately proved so inspirational to Moore that bringing his story to the big screen became a life goal.

“Once I became a writer I would go to my agents once a year and say, ‘Hey, there’s this movie I really want to write about a gay English mathematician who commits suicide after the Second World War,'” Moore remembers. “And they were like, ‘That’s a big Hollywood movie!’ … No, they did not say that at all. They were like, ‘Please don’t ever write that; no one will ever finance that movie.'”

It was a brief meeting in New York between two ambitious politicians understood to be fervently seeking top office in their respective countries.

Researchers in Japan say black tea could help treat osteoporosis, a bone condition affecting older people, but admit you need to drink an awful lot of it.

A Frenchman tried to smuggle his Russian wife into the European Union by hiding her in a massive suitcase, without realizing there had been no need for the would-be James Bond scheme.

Russian scientists have now discovered seven giant craters in remote Siberia, a geologist told AFP, adding that the mysterious phenomenon was believed to be linked to climate change.

Soprano Sarah Brightman has performed on Broadway, London’s West End and at two Olympics, but there has always been one final frontier for the space enthusiast.

The Spanish and Portuguese professional soccer leagues have filed a legal challenge with the European Commission over FIFA’s decision to ban the third-party ownership（TPO）of players.

LOS ANGELES — Heading into the all-important summer moviegoing season, two converging box-office trends are startling studios: Women are driving ticket sales to a degree rarely, if ever, seen before, while young men — long Hollywood’s most coveted audience — are relatively AWOL.

With the release of “The Divergent Series: Insurgent” over the weekend, women have delivered the three biggest live-action openings of the year. The audience for “Insurgent,” which took in an estimated $54 million from Friday to Sunday, was 60 percent female. The opening-weekend crowd for “Fifty Shades of Grey” was 67 percent female, and women made up 66 percent of the audience for “Cinderella.”

A kangaroo is on the loose in frigid and snowy Austria, hopping his way toward dispelling a famous slogan.

People who drink four to six cups of coffee daily may be less likely to get multiple sclerosis, according to international research out Thursday. 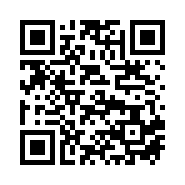