Jam Hsiao and Jay Chou, two of the most talented musicians in Taiwan today, are very similar in a number of ways. They are both singer-songwriters and multi-instrumentalists. Both were discovered in talent contests — Chou in one where he displayed his piano and song-writing skills and Hsiao in CTV's "One Million Star" singing show. And both have successfully developed acting careers.

The two stars have gone on to receive numerous awards for their music. In fact, the singers were competitors for the Best Male Artist award at the recent Golden Melody Awards — Chou for his "Opus 12" album and Hsiao for his "It's All About Love." Although Hsiao emerged as the victor on this occasion, there can be little doubt that they are the two most beloved and successful male music stars in Taiwan today.

Hsiao made his name thanks to his unique musical style, which sees him use his incredible vocal range and charisma to sing songs in a wide variety of different genres. This has helped him achieve superstar status and he has released four studio albums since just 2008.

In November 2012, Hsiao released the album "It's All About Love." In regard to the theme, Hsiao said: "Love is as important to me as breathing. They're both indispensable to our lives, and this album describes the different kinds of love we encounter in life." Judges from the Golden Melody Awards described the album as "stunning" and "admirable" after handing him the Best Male Artist award at the 24th Golden Melody Awards on July 6.

Part of what has made Hsiao such a huge success is his inspirational story. The star has overcome challenges in his life. Being dyslexic, he struggled greatly in school. However, everything changed for him when he met a social worker who identified his talent for playing the drums and encouraged him to teach others. This was an important moment for Hsiao, as it taught him that he could contribute to society.

Now that he has achieved stardom, Hsiao spends much of his time helping others. Just this month, Hsiao spoke at the 2013 Summer College Forum in Taiwan and encouraged the thousands of students in attendance to pursue their dreams.

Hsiao also does more than talk, as he hopes to build an educational organization that will allow professionals to share their love for teaching and music with students. His agents have revealed that they are looking for potential locations and are hoping to achieve this dream within two to three years. Many years after someone helped him to change his life, Hsiao is now helping to inspire the next generation of musicians. 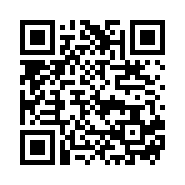