How makeup can create a human villain for an animated movie

Creating the small blue characters for "The Smurfs 2" was easy. All it took was a few clicks of the computer and suddenly Papa Smurf and the whole gang were walking around in the real world. It was a lot more difficult to create a realistic looking Gargamel, the movie's live-action villain.

That task fell to Todd Tucker and his team at Illusion Industries. They were the ones who turned actor Hank Azaria into the Smurfs' chief enemy in the original film and its sequel. "It was very interesting work, because we were asked to recreate something that already existed as an animated character. And it was especially challenging because it was someone as iconic as Gargamel. So many people around the world have seen that character," Tucker said.

Tucker didn't want to bury Azaria under too much makeup and take away from his ability to show emotion through his face. Therefore, Tucker created a wig, a fake nose, bushy eyebrows and big prosthetic ears and teeth, which gave Azaria the correct appearance but also allowed him to give a great performance.

The original "Smurfs" movie only required the team to create a head cast. But the sequel was more time-consuming. Tucker spent three months while the movie was being shot applying the makeup every day. "The movie was filmed on a new HD camera that sees everything. After I put Hank in front of the camera, I would look at the monitor and could see imperfections that I couldn't see before," Tucker said.

All of Tucker's special effects knowledge has been years in the making. His interest in movie magic started while he was growing up. "I was an only child who spent every weekend at the movie theater," he said. "I was obsessed with films like 'Jaws,' 'Star Wars' and 'E.T.' When I got into high school, I started learning how to create makeup effects and started building a portfolio of my work."

He moved to Los Angeles in 1990 and worked for several companies on more than 100 films and TV shows, such as "Pirates of the Caribbean." Then, three years ago, Tucker founded Illusion Industries, and his company has worked on movies such as "G.I. Joe: Retaliation" and "White House Down."

Illusion Industries — with locations in Los Angeles, New Orleans and Moscow — specializes in prosthetic makeup, puppets and specialty costumes. The Los Angeles shop is like a museum of past work. Just inside the huge warehouse-size space stands a life-size version of Gargamel. The work is so good that it takes a second look to realize that it is not Azaria standing there. 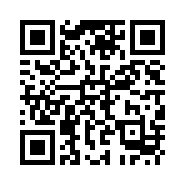