Technology has completely changed music in both positive and negative ways

Recently, consumers have been searching for even cheaper and faster ways of listening to music. This has led to the growth of streaming services, such as Spotify and Pandora. In many ways, online music stores like iTunes are being pushed aside by these companies, which offer users who pay monthly fees unlimited access to millions of songs.

The music industry must adapt to the times, but there is an underlying problem with people using YouTube and streaming services to listen to music. Recently, Radiohead singer Thom Yorke and record producer Nigel Godrich criticized Spotify, one of the major streaming companies. Yorke and Godrich accused the firm of taking advantage of budding musicians. Spotify pays artists as little as 0.7 U.S. cents (about NT$0.2) per stream. "Make no mistake. New artists you discover on Spotify will not get paid. Meanwhile, shareholders will be rolling in it," Yorke said. The singer said he was "standing up for our fellow musicians," and even announced that he was removing his recent recordings from Spotify.

Radiohead has always been a band ahead of its time. In 2007, the group allowed fans to pay whatever price they wanted — even nothing — to download its "In Rainbows" album. Now, the band's lead singer is helping to expose the problem with music streaming sites. New musicians are not getting the financial support that they need.

So why are so many artists still signing up to Spotify? Budding musicians are afraid that without these companies, many people will never hear their music. Thus, despite the small amount of money they get, they hope that the extra attention will compensate for it by increasing their album sales and the number of fans attending their concerts. It doesn't always work like that, however.

Famous artists such as JAY Z have given their latest songs to Spotify before official release dates, but have not suffered any significant monetary damage in paid-for downloads, defended Daniel Ek, co-founder of Spotify. However, while Spotify benefits established artists that have millions of fans and support from record companies, Godrich said that many emerging artists can no longer afford to make a living when "millions of streams earn them a few thousand (U.S.) dollars."

This problem has quite a few implications for the future of the music industry. If emerging musicians from less popular genres of music are no longer able to make a living, then fewer people will be able to become musicians. But perhaps the bigger problem is that people no longer value music as much as they used to. If nobody wants to pay a bit more to support talented young musicians, then maybe there will be less exciting and original music to provide a soundtrack to our lives. 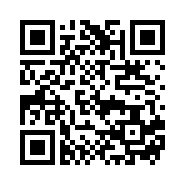