The level of success achieved by Chou in his music career is staggering, but in recent years the star has also been focusing on appearing in movies, such as "Kung Fu Dunk" and "The Viral Factor." He also famously starred in the Hollywood film "The Green Hornet" and has even directed two movies.

The latest of these directorial efforts is called "Rooftop" and was released on July 11 in Taiwan. For this movie, Chou took multitasking to a whole new level by directing, acting, composing the music, choreographing the dance moves and writing the screenplay for the film.

"Rooftop" is a musical, a comedy, an action film, a gangster movie and a love story, all set in a fantasy version of the 1950s and '60s. This movie shines when Chou does what he does best — writing music and choreographing dance moves. Its catchy tunes are filled with a kind of colorful energy that is entertaining to watch. "Rooftop" is an interesting movie that feels like an extended music video.

"Rooftop" is a brave film because it tries to combine so many different styles together. And in this regard, it demonstrates the courage of Chou. Since he first emerged as a star, he has shown a fearless ambition, constantly testing himself — whether by trying different genres of music, founding his own record label or creating his own unique style of movies. In this way, Chou has shown himself to be an example to others. He has demonstrated that we should challenge ourselves by trying new things, and that nothing is ever beyond our grasp if we work hard enough and dedicate ourselves to achieving our goals. 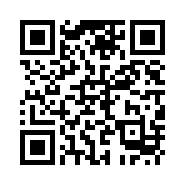