Technology has completely changed music in both positive and negative ways

In many ways, the 1990s and early 2000s were a golden age for record companies. In those days, companies had a specific strategy for success. A single from a new album would be released in advance, making its debut on the radio at a carefully planned time to build as much excitement as possible; albums were promoted on billboards and in magazines; songs would be played over and over again on radio and TV stations to help sell as many copies of an album as possible. This strategy worked well. In 2000, 'N Sync's album "No Strings Attached" sold an incredible 2.4 million CDs in just one week in the U.S. — still the all-time record for one-week sales in the country.

Then something happened that completely changed how the music business worked: People began using the Internet. Online piracy of music became widespread. Radio and TV stations started to suffer as people began using YouTube to watch music videos or listen to songs. And more and more people began downloading songs from online stores like iTunes. These factors meant CD sales fell by as much as 50 percent in some countries.

Of course, technology isn't all bad for music, and companies and artists are slowly learning how to use it. Today, companies use a variety of different strategies to promote new artists and albums. In recent years, new music started appearing during commercial breaks, while more artists began starring in TV shows like idol dramas — soap operas that cast pop stars as their main characters.

Taiwanese soap opera "The Tricks of Boys and Girls" famously starred Ella Chen from S.H.E and featured the band's song "What to Do" as its opening theme song. Another more recent example is the soap opera "KO One Return," which starred Jiro Wang from Fahrenheit and singer Pets Tseng. The series prominently featured Tseng's songs "A Person Thinking of a Person" and "Countless Starry Sky." Although these shows promoted stars and songs that were already popular, they created more excitement about the artists and their future releases.

Another recent method of promoting songs is using viral music videos. Psy's "Gangnam Style" and LMFAO's "Party Rock Anthem" became global phenomena thanks to YouTube. The wacky, funky style of these music videos captured people's attention, which allowed these tracks to rise to the top of the charts. 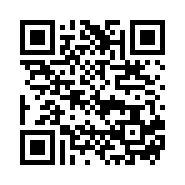