The little band of blue creatures is back, and this time there are some "Naughties" trying to spoil their nice plans. After a successful movie set in New York in 2011, the Smurfs, those tiny mushroom-dwellers based on a Belgian comic, are heading to Paris in an effort to save Smurfette (voiced by pop superstar Katy Perry), who is once again in danger.

At the beginning of "The Smurfs 2," which will be released on Aug. 23 in Taiwan, Smurfette's birthday is approaching fast, causing her to think about her origins. Rather than a "true" Smurf, she was actually created by the evil wizard Gargamel (played by Hank Azaria). Gargamel intends to capture her in order to obtain the secret formula for Smurf essence, Papa Smurf's magical potion for creating Smurfs. Once he has the secret, Gargamel plans to power up a host of Naughties — gray-colored, Smurf-like creatures he's created — to help him take over the world.

To accomplish these goals, he sends his Naughty daughter Vexy (voiced by Christina Ricci) to kidnap Smurfette and take her to Paris so that he can convince her to give him the formula. To save Smurfette, Papa Smurf leads a team to the real world, where they are reunited with the young family of Patrick and Grace, their live-action counterparts from the first movie.

Perhaps the biggest highlight of this film is Azaria, who does a brilliant job of playing the wickedly evil but often incompetent villain Gargamel. This film's other high point is the addition of Irish actor Brendan Gleeson, who plays Victor, Patrick's brash stepfather. One of the most hilarious parts of the film is when Victor gets turned into a duck by Gargamel.

The story also makes the most of Parisian culture and landmarks. In one entertaining part of the movie, Vexy and Smurfette race atop a couple of birds, flying through outdoor cafes and snatching baguettes to hit each other with. The climactic scenes of the film involve a runaway Roue de Paris — the 60-meter-high Ferris wheel built to celebrate the millennium — and of course the Eiffel Tower.

Despite its fast pace, the movie drags toward the end; it's about 15 minutes too long. There is, however, much to enjoy here. The movie has many laugh-out-loud moments, and it is irresistibly cute. It seems like this may not be the last time we see the lovable Smurfs on the big screen. 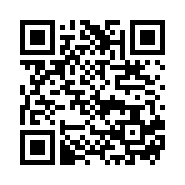