Four years ago, Kwon Ji Yong, better known as G-Dragon and leader of the K-pop band Big Bang, celebrated his birthday by releasing his first solo album, "Heartbreaker." This year, he has decided to continue the tradition.

Yang Hyun Suk, chief executive officer of record label YG Entertainment, announced that G-Dragon's new solo album will be released on Aug. 18, the singer's birthday. Similar to G-Dragon and Big Bang's previous records, the star is responsible for composing and arranging the songs for his new album, which will consist of 10 tracks.

This new album is special as YG decided to feature one overseas performer instead of having multiple Korean artists performing with G-Dragon. "We had a lot of candidates for male rappers, but YG wanted a female rapper," Yang said. Eventually, U.S. artist Missy Elliott, a three-time Grammy Award winner, was chosen to work with G-Dragon on a new song. This track will present an entirely new style of hip-hop that incorporates elements of traditional Korean folk songs.

G-Dragon has gained fame as a singer, composer, dancer, lyricist and fashion icon. Still only 24, the star has won various music awards and helped spread K-pop around the globe. In fact, the hype surrounding G-Dragon's new album, as well as his collaboration with Missy Elliot, highlights the growing international appeal of K-pop.

Korean music started becoming popular internationally in the early 2000s. Today, groups such as Super Junior, Girls' Generation, T-ara, and 2PM have devoted fans in the Middle East, Europe, Asia and the U.S., illustrated by the fact that concerts held in these regions often sell out in minutes.

Several factors have contributed to the growth of K-pop, but perhaps the biggest reason for its expansion is the rise of social networks. Previously, artists like Se7en and BoA ventured to the U.S., but failed to find success. Nowadays, Korean groups can use online services such as YouTube to bridge language and cultural barriers and build legions of foreign fans. YouTube reported that K-pop videos were viewed 2.3 billion times in 235 countries in 2011, a testament to how popular Korean music truly has become. 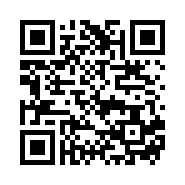