For the world’s first baby born to a woman with a transplanted womb — a medical first — only a victorious name would do. Which is why his parents named him "Vincent," meaning "to conquer," according to his mother.

The 36-year-old Swedish mother learned she had no womb when she was 15 and was devastated. More than a decade later, she heard about research led by Dr. Mats Brannstrom, a professor of obstetrics and gynecology at the University of Gothenburg, on transplanting wombs into women who didn’t have one. She immediately signed up.

The woman’s mother had wanted to be a donor but wasn’t a match. Instead, she received her new womb from a 61-year-old family friend, who had previously had two sons.

"I have always had this large sorrow because I never thought I would be a mother," she said. "And now the impossible has become real."

Brannstrom said it was "a fantastic feeling" to know that his research had led to Vincent’s birth. "This would not be done unless there were no other options," he said. "It requires a very long surgery and not without risk and complications." (AP) 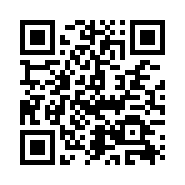